Childhood cancer patients demonstrate indestructible attitude and spirit while battling their life-threatening illness. That’s why the hearty snowdrop flower is the symbol of the Houston-based Snowdrop Foundation, and why the organization caught the attention of the NATCA Charitable Foundation (NCF). NCF has made Snowdrop one of the four charities that will benefit from money it raises as part of NATCA’s 18th Biennial Convention in Houston (May 27-29, 2020).

Check out snowdropfoundation.org to learn more, and stay tuned for more soon about this charity, the important work it does in assisting patients and families, and how you can get involved. NATCA supports the organization’s mission of providing scholarships for college-bound pediatric cancer patients and childhood cancer survivors while raising awareness and funding for continued research to cure childhood cancer.

NATCA Leadership in the News

In an astounding achievement for labor union organizing and solidarity, the local chapter of the National Air Traffic Controllers Association (NATCA) at Washington Air Route Traffic Control Center (ARTCC; ZDC) has become a 100 percent NATCA facility, meaning all 379 NATCA-represented air traffic controllers and other aviation safety professionals who work there have chosen to be dues-paying NATCA members.

ZDC, sometimes also referred to as Washington Center, is the first regional center and largest facility in the National Airspace System (NAS) to have all of its NATCA-represented employees become members of the Union.

“We are proud to represent each of our members who – through NATCA – have a strong voice to improve both their workplaces and their aviation safety professions. But what Washington Center has accomplished is truly remarkable and groundbreaking and has raised the bar for what is possible when we are unified in solidarity,” said NATCA President Paul Rinaldi. “The men and women of ZDC have earned a special place in the 32-year history of NATCA and we are so excited for them and for our entire Union!” 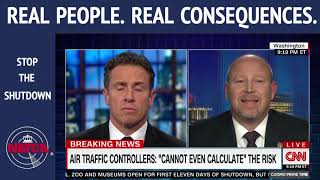 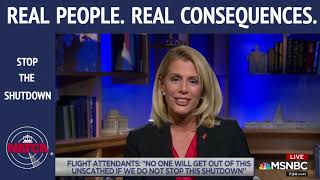 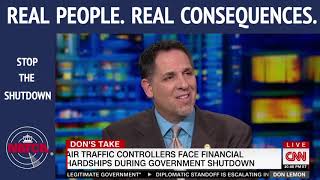 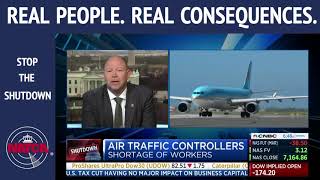 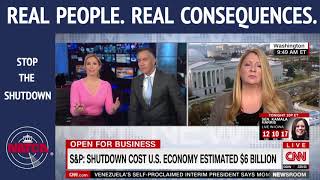 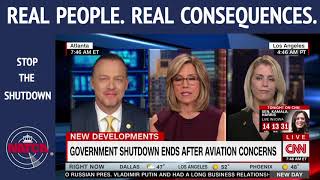 Moe Wagner was with his University of Michigan basketball teammates on March 8, 2017, aboard an Ameristar Air Cargo MD-83 as it began its takeoff roll down Runway 23 Left at Willow Run Airport in Ypsilanti, Mich. The aircraft, headed to Washington Dulles for the Big Ten tournament, reached 173 knots. However, due to a mechanical failure, the aircraft did not pitch up and the pilots executed a rejected takeoff.

Wagner wrote about what happened next, in The Players Tribune:

“I just see everyone … this plane full of my Michigan family … with this look on their faces that I don’t even recognize. It’s almost, like, an entire emotion that I’ve never seen before. I immediately turn back around. I lean over to look out the window. We’re careening off the runway and into a field.

“Oh no, I think. Oh, God. Oh no. This is actually happening. We actually might die.”

The aircraft overran the end of Runway 23 Left and stopped on grass, 1,000 feet from the end of the runway. All 109 passengers and seven crew members evacuated the aircraft and only one person suffered minor injuries during evacuation, according to the NTSB.

That Wagner, now a rookie with the Los Angeles Lakers, and the other passengers survived this incident is a direct result of the work of NATCA-represented Airports Division (ARP) members Irene Porter and Ernest Gubry. Porter, who recently retired, and Gubry initiated, designed, planned, environmentally cleared, and funded the construction of a fully compliant runway safety area (RSA) at Willow Run. They oversaw and managed the project from initial concept through construction.

For their work, Porter and Gubry will be presented with NATCA’s annual Region X Commitment to Safety Award.

One of the more high profile programs in the Airports Division is the RSA improvement program. Beginning in 2000, Airports Division identified deficient RSAs at commercial service airports, which were considered the highest priority locations. Employees improved 642 deficient RSAs by the congressionally-mandated 2015 deadline at a cost of over $3 billion. Every location with a RSA deficiency involves Airports Division engineers, planners, program managers, environmental protection specialists, financial specialists, compliance staff, and certification inspectors to identify and implement solutions.

“We truly have a team effort in addressing and solving safety-related issues at the airports we oversee across the nation,” said NATCA Airports Division rep Brad Davidson, who notes that ARP is a small group of dedicated aviation safety professionals and has approximately 350 bargaining unit employees spread across the country. “We often hear about the flawed logic that, ‘we have never had an incident or crash here so why do we need to improve our RSAs to meet standards?’

“Well the University of Michigan men’s basketball team can tell you why - because the unexpected can happen at any time. The added margin of safety with the construction of fully compliant RSAs at Willow Run contributed to saving the lives of 109 passengers and seven crew members.”